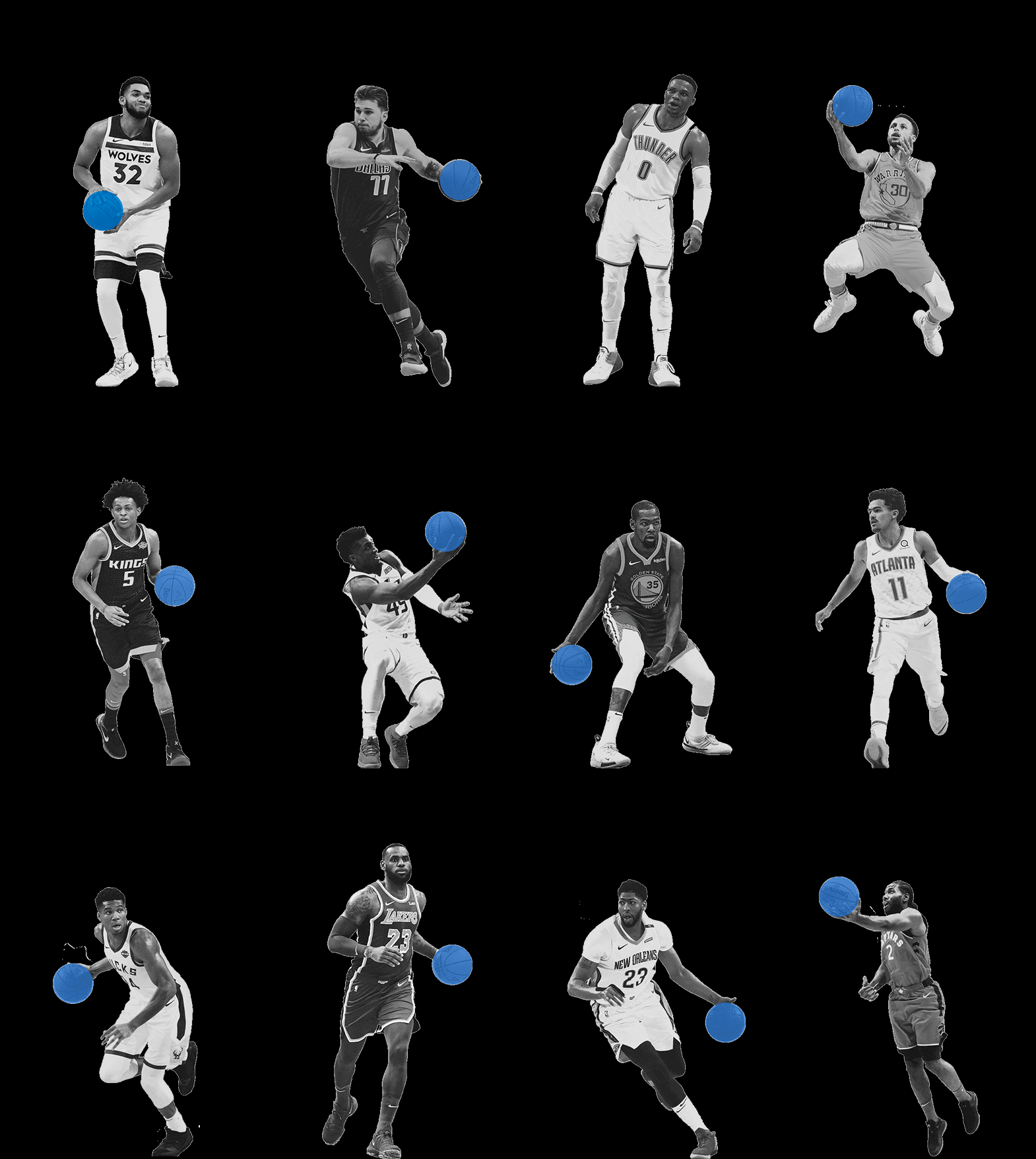 Welcome back to Bill Simmons’s definitive ranking of NBA assets. Before the league goes nuts, let’s look at the state of play.

Remember when I promised a mega-piece about every Top-55 player for Trade Value 2.0: Bigger, Stronger, Faster? Well, that’s coming. Just not this month. Next month? YES!!! Just not this month. (Don’t worry, everyone’s getting a full refund.) In the interim, we wanted to post a second Trade Value list before Thursday’s hopefully action-packed trade deadline, also known as “Everyone Has To Pretend That AD Wasn’t Headed To The Lakers All Along For The Past Four Months And That LeBron Isn’t Actually Running The League” Day.

Some scattered thoughts about my pre-deadline rankings …

• James Harden vaulted from 11th to third. When you average 42-8-8 for one-third of the season, become the league’s most unstoppable offensive force since Shaq, throw up 61 at MSG on something of an off night, and popularize a frightening trend called “unassisted field goals” that sounds like a Sloan Conference panel gone wrong, the least we can do is bump you into the top three. Basketball: once the ultimate team sport, now a place in which five randomly selected guys wearing the same uniform no longer have to interact in any meaningful way. James, I’m gonna stand over here… if you get double-teamed, lemme know, I’ll probably be open. It’s like a more efficient, nerdier, less social, secretly more horrifying version of Westbrook’s polarizing MVP season. Not since late-’80s Jordan has there been a more reliable one-man offense than Unassisted Harden. Is it OK if I kinda hate watching it? Or should we be relieved that we finally stumbled into an offense that makes Austin Rivers something of an asset? Regardless, give me Jokic and the unselfish Nuggets every day of the week and twice on Sunday.

• Speaking of the Joker, he holds steady at no. 7 as a bona fide MVP candidate and the spiritual son of Walton and Sabonis. Not to overstate the moment, but I built the entire epilogue of my 704-page basketball book around Walton’s transcendent talents—most of all, his unselfishness and his brilliant passing, which I just assumed we’d never see again from anyone taller than 6-foot-8. Wrong. God bless the Joker. Please, NBA Gods, keep him healthy. I beg you.

• Anthony Davis dropped from no. 2 to no. 4 because he signed a max contract in 2015, cashed the checks for three and a half years, then demanded a trade to the Lakers with 18 months remaining because he wanted to compete for titles for his legacy or something … or because Rich Paul promised him a part in Space Jam 2 … or both. When the league freaked out and pointed out that, you know, you can’t just demand to be traded to a specific team (it’s illegal), that’s when Davis expanded his phony list of destinations to the Knicks, Bucks, and Clippers, three teams who have won a combined zero titles since 1974. So much for legacy. He’s heading to the Lakers.

What should Davis have done? I would have voted for this strategy: “I’m leaving the Pelicans in the summer of 2020. If they want to deal me now to maximize my value, great. If not, I’m going to keep busting my ass for them.” I would not have OK’d this strategy: “Get Rich to leak my trade request to Woj early Monday morning so I can start an all-week news cycle, weaken New Orleans’s leverage, and take a dump on Pelicans fans.”

Classy! I keep reading how players have taken control of the league from owners—like it’s a good thing to just have All-Stars repeatedly bailing on their franchises like they’re canceling an OpenTable reservation. There’s no rhyme or reason to any of it. I laughed during Dallas’s press conference this week when Mark Cuban vowed to keep Porzingis and Doncic together for the next 20 years. Twenty months would be great; five years would be a borderline miracle. This isn’t the Player Empowerment Decade; it’s the Swipe-Right Decade. Hey, at least we haven’t even remotely fixed tanking yet.

• On a positive note, the Brooklyn Nets crawled through 500 yards of shit-smelling foulness the likes of which you can’t imagine and came out clean on the other side. They landed two players in the Top 55 (D’Angelo Russell and Caris LeVert) and another in Honorable Mention (Spencer Dinwiddie). Even more shocking, three Sacramento Kings made the top 30: Buddy “The League Has Swung In My Favor” Hield, Marvin “I Know I’m Not Luka, But Don’t Hold This Against Me” Bagley III, and the eternally delightful De’Aaron Fox, who jumped into the top 15 as one of the ultimate just-plain-fun-to-play-with guys. I love watching the Kings, even as they’re pulling off crazy wins and annihilating the value of that 2019 pick that Boston gets. (Thinking.) You’re right. I hate this. Fuck.

• Your 2018 draft shakeup: Luka slips slightly to no. 6, then Jaren Jackson Jr., Bagley, Ayton, Carter, Knox, Gilgeous-Alexander and Young crack the Top 55 in that order. Seriously, poor Sacramento whiffing on a generational talent could have been soooooooooo much worse. I really, really, really like Bagley. And how weird is it that Sacramento, Oklahoma City, and Brooklyn are the only three teams whose players genuinely, unequivocally like playing with one another this season? That’s only 10 percent of the league, unless you count the Stockholm Syndrome Rockets. What a bizarre season.

• I jettisoned nine players from Honorable Mention, including John Wall, who has a better chance of winning the 2020 Democratic nomination than cracking another Trade Value list. On the bright side, I promoted Blake Griffin into the top 50 because he’s playing his ass off for a memorably mediocre Pistons team. Should every Stan Van Gundy appearance on ESPN begin with him profusely apologizing to Blake? I say yes. Blake’s prime is getting thrown through a plateglass window. Can someone else trade for him please? Phoenix? Miami? Anyone?

• Three guys jumped from Not Even Honorable Mention to the Top 55: John Collins (a consistent 20-and-10 who’s sabotaging Atlanta’s Tankapalooza 2019 plans), Jusuf Nurkic (double-doubles, rim protection and a splendid contract), and Russell (a Brooklyn All-Star only because the Lakers once needed to dump Timofey Mozgov’s contract). If you’re scoring at home, the NBA’s two biggest markets are so poorly run that they dumped FORMER TOP-FOUR LOTTERY PICKS (Russell and Kristaps Porzingis) just to extricate themselves from regrettable contracts, and yet every superstar free-agent-to-be reportedly wants to sign with those two franchises this summer. Good luck. Seriously, good luck.

• I bumped Paul George from 27th to 11th because he’s been the league’s best two-way player, as well as my third-place MVP vote if the season ended today. More importantly, he’s given me a go-to response every time my father texts or FaceTimes me to complain about Gordon Hayward.

Dad, I know he’s 0-for-6 again … and I know he looks terrified in a big game again … and I know this is probably the worst performance by anyone making more than $25 million a year in NBA history … but remember … (wait for it) … IT TOOK PAUL GEORGE TIME TO GET HIS CONFIDENCE BACK TOO!

• I dropped Mike Conley Jr. and Marc Gasol from the Top 55 because Memphis has been aggressively shopping them. I dropped Jaylen Brown even though he’s been playing better lately. (Shhhhh.) I dropped Khris Middleton and Tobias Harris because they can sign anywhere in July. I dropped Collin Sexton because the stink of this Cavs season is seeping into his clothes. I dropped Jimmy Butler because, well, he’s a dick.

Salaries matter. Would you rather pay De'Aaron Fox $5.5 million a year or Russell Westbrook $35.7 million?

Contract length matters. These days, 18-20 GMs have their owner convinced that every major free agent is signing with them next summer. “WE NEED CAP SPACE!!! He’s coming!” (Note: He’s probably not coming.)

Pretend the league passed the following rule: For 24 hours, any player can be traded without cap ramifications, but with luxury-tax and next-day-cap ramifications. If Team A tells Team B, “We’ll trade you Player X for Player Y,” would Team B do it?

Concentrate on degrees. For instance, a Simmons-Doncic swap ain’t happening for either side, but Philly would at least say, “Wow, Luka’s available?” That counts in the big scheme of things.

This list runs in reverse order. If Donovan Mitchell is no. 20, then players 1 through 19 are all players about whom Utah’s braintrust would either say, “We hate giving up Donovan, but let’s have a meeting ASAP,” or, “Done! Call this deal in!” And Utah wouldn’t trade him straight-up for any player listed between nos. 21 and 55. 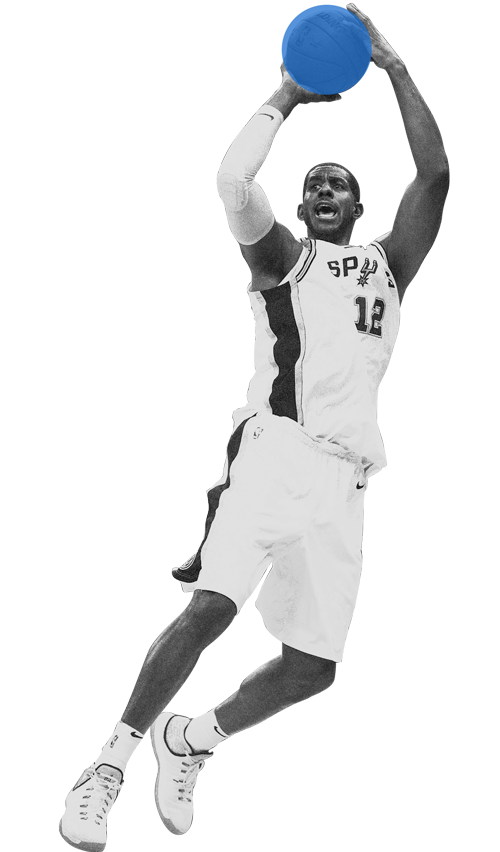 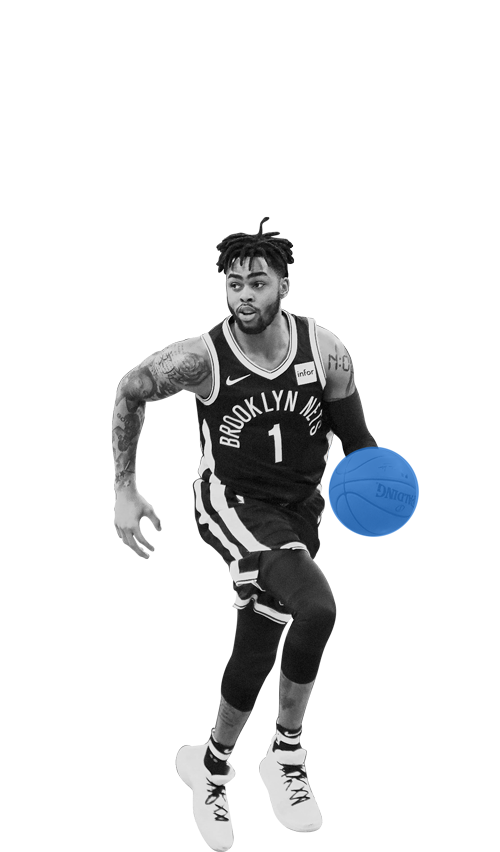 Group l “We Can’t Trade Him; People Will Realize We Have No Clue What We’re Doing” 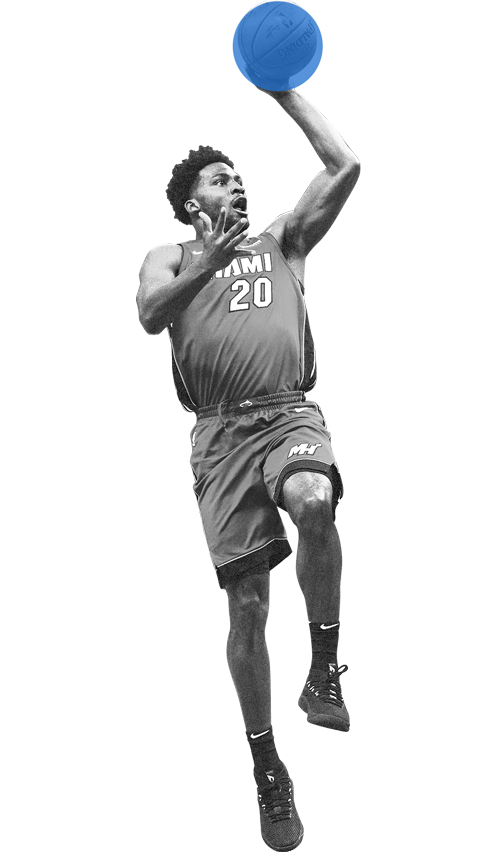 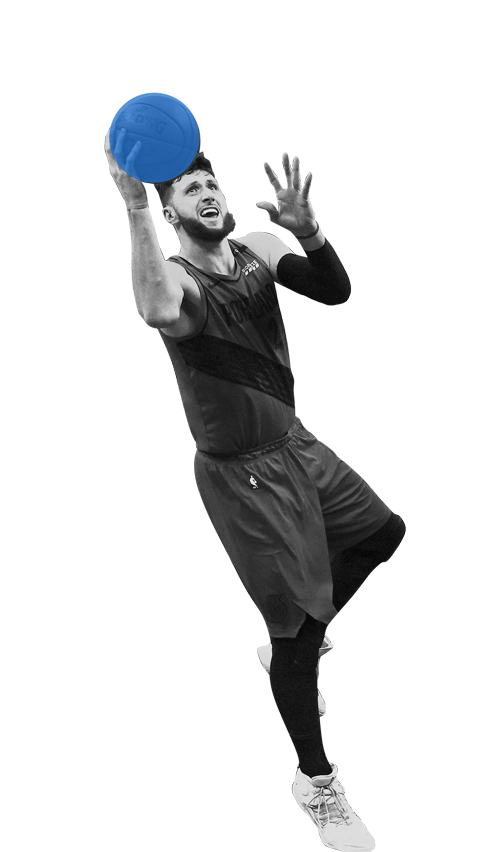 Group k “Sorry, He’s Worth More to Us Than to You” 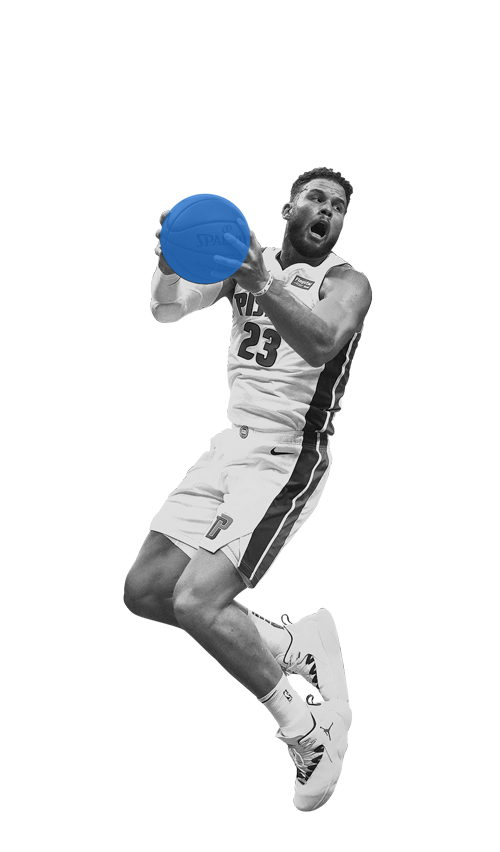 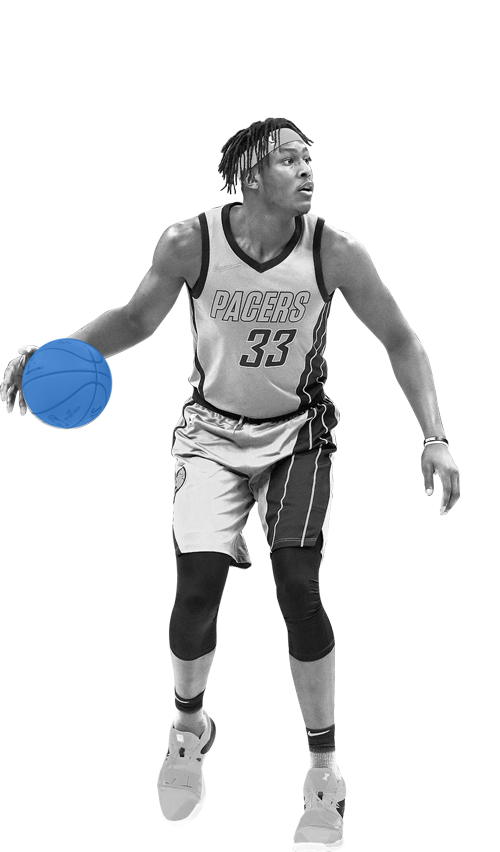 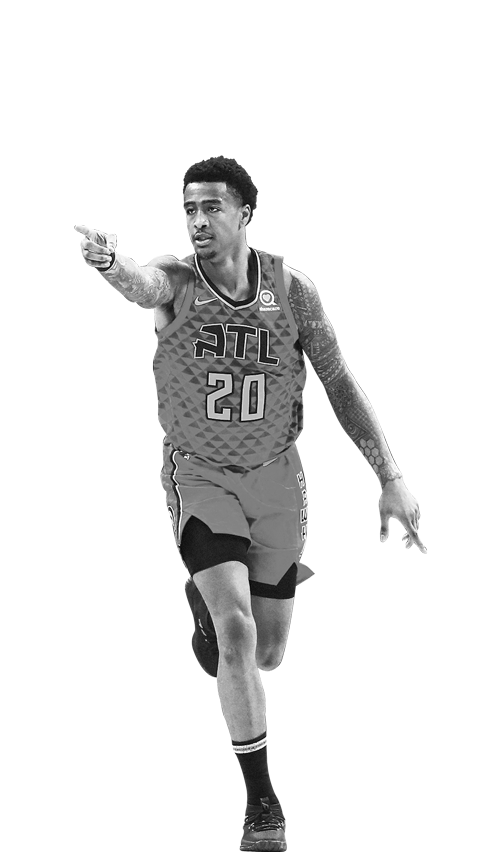 Group i “If You’re Shopping Him NOW, Then Either You Can’t Sign Him This Summer or Something’s Wrong”

Group h “If You Tell Woj, I’ll Deny It to the Death … but I’m Listening”

Group g “Too Young, Too Cheap, Too Good … Stop Calling Me”

Group f “Lemme Save You Some Time: N-O”

Group b “The Untouchables”

Group a “Completely and Utterly Untouchable”

We use cookies and other tracking technologies to improve your browsing experience on our site, show personalized content and targeted ads, analyze site traffic, and understand where our audiences come from. To learn more or opt-out, read our Cookie Policy. Please also read our Privacy Notice and Terms of Use, which became effective December 20, 2019.

By choosing I Accept, you consent to our use of cookies and other tracking technologies.